“Girls need to be encouraged as much as boys”

The recent International Women in Engineering Day focused attention on the amazing careers in engineering and technical roles for girls, and celebrated the achievements of outstanding women engineers. To mark the event, we asked three Keller colleagues from around the world to share their experiences as female engineers.

There have been civil engineers in my family for four generations. And although I liked to play classic girl games when I was little, my parents introduced me to science and technology at a young age.

I grew up in the former East Germany and images of gender stereotypes were far less common than today. After reunification I studied at a former West Berlin university and quickly learned that it’s unusual to be a female engineer. I’m lucky I didn’t realise this earlier, as I’m not sure I would have chosen the same path growing up in today’s environment. I believe that social and family role models are decisive when it comes to choosing a career.

As a female engineer with Keller, my experiences in being accepted have predominantly been positive. Sometimes women are expected to be loving, friendly and more reserved. Restraint, however, is not usually a useful characteristic for running a construction site or being successful in negotiations! There’s also a tendency to view women with ambitious character traits negatively compared to men. At times I’ve found it difficult to be accepted by customers, but over the years it has become easier – in fact I’d say that sometimes it’s been a positive.

I’d like to see us playing a more active role in searching for women at universities and promoting them – challenging the established view that construction companies aren’t interested in female engineers. 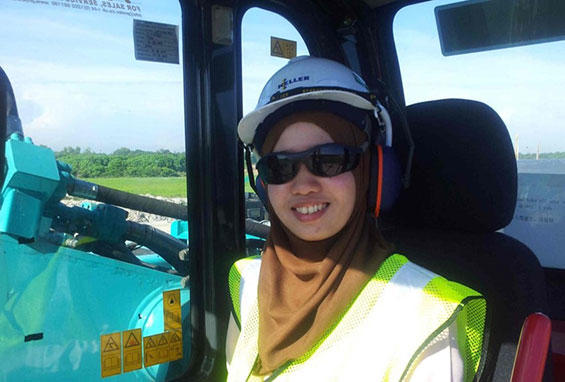 I chose engineering is because it is a combination of science, technology and math and a chance to solve problems. I’ve been an engineer for two-and-a-half years and early on in my career I sometimes felt discouraged due to a lack of confidence working in a male-dominated environment. But it was just a matter of time before I adapted. After a few months of training and guidance, I felt more confident and I have very supportive management. Keller has given me opportunities both on site and in the office.

There are only six female engineers at Keller Malaysia. As one of them, some people think that we have a lack leadership skills when compared to male engineers. Thus, sometimes people don’t take us seriously and externally some people discriminate when dealing with a woman.

To encourage more young women into engineering I’d like to see us get involved more in science and maths programmes. We need to influence girls early in life and show them that engineering is an exciting career offering real prospects. We should also be highlighting the history of successful female engineers, inviting them to share their experiences at careers events and act as mentors. We should expose young women to confident females already training in the field. Girls need to be encouraged as much as boys to be more practical if that is where their interests lie. 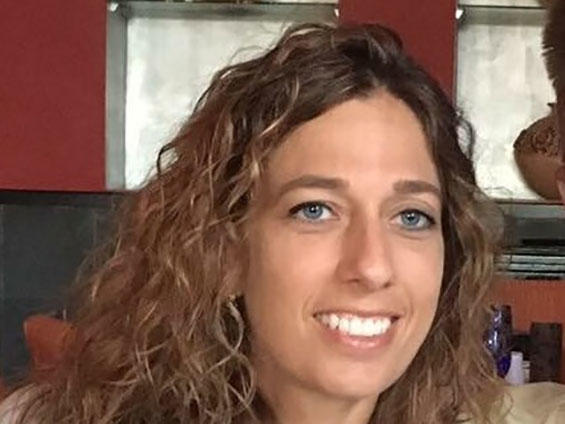 I wandered into engineering. Maths and science had always come fairly easily to me and I was taking general classes in college when I job shadowed an engineer working for the city. She did something different every day, from overseeing the construction of a playground to fixing water lines and it seemed interesting. When I started taking engineering classes – there was probably only one woman to every 10 men. The other students were welcoming, but I did have one older professor who told me women didn’t belong in maths and science.

At Hayward Baker I’d say roughly one in a hundred engineers are women. Both in and out of the company I’m frequently the only woman in the room. When I first started on site, some guys would think I was lost, but I did find that often contractors can be more friendly towards young female engineers than male ones. In the office people are professional, but you can feel like you’re not one of the guys. You don’t really feel like one of the girls either though, because they tend to be support staff. Consultants and vendors still sometimes assume that I’m an assistant when I answer the phone.

How do we get more people into our field? I don’t have great answers, I wish I did. In education, more women are going into STEM [science, technology, engineering and maths] careers, so the ratio of women studying engineering in US schools is closer to 50-50 now, so that’s positive. I think women tend to go into other roles such as consulting; construction is still male dominated and seen as a bit rougher and dirtier.

As a company, we’re getting better and we’re interviewing more female engineers. We need to give them more chances to show they can do the work.